The year I turned 10 it snowed 3 times. For a lifelong Houstonian that was a big deal – and it still remains a weather record. The mayor at the time jokingly stated Houston would be bidding on the winter Olympics! Growing up I remember well how my brother and I always hoped it would be cold – especially for Halloween (so we could be comfortable in our costumers), and also for Thanksgiving, Christmas and New Year’s (so we could enjoy our fireplace).  Snow was our ultimate desire! My mom fostered this in us. Despite the news warnings about not doing so, on the rare occasions when a hard freeze was predicted she would set up the sprinklers to hit the trees. We would wake in the morning to a front yard that looked like a winter wonderland. It was gorgeous!! It wasn’t until I got married that I realized – thanks to my husband who freaked out when I suggested we do the same – that this was a bad idea for the plants and the water pressure. 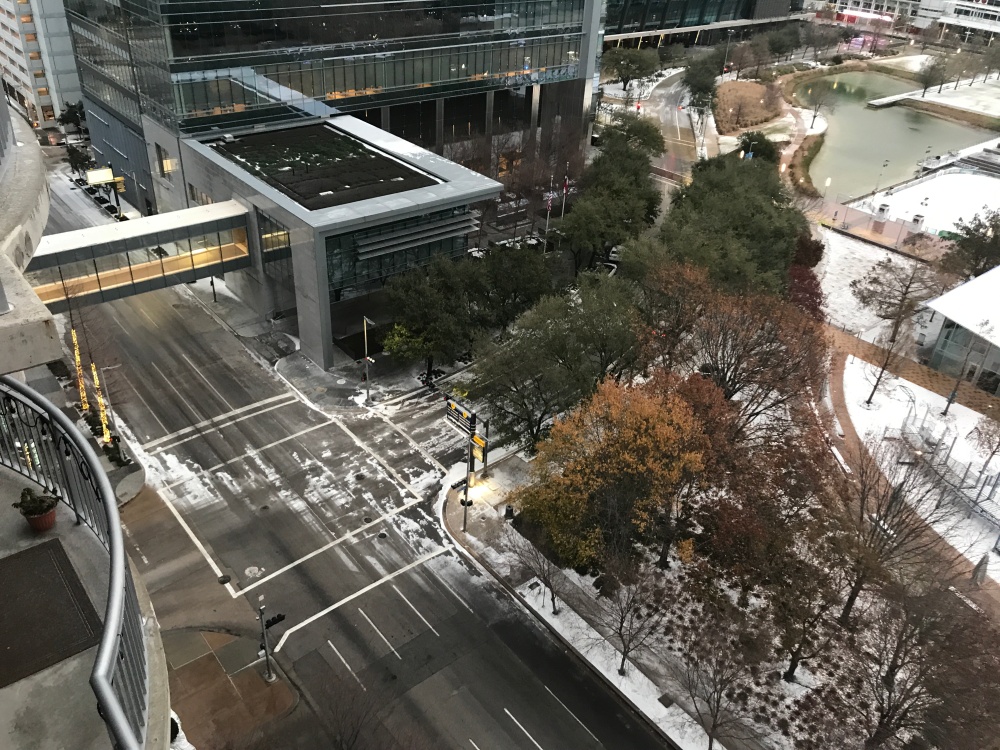 Despite her love of winter we never took a family vacation to Colorado or some other state that was covered in snow during the winter. Christmas time was likely too expensive, and then of course we were in school during January and February. Yet, she often regailed us with one of her fondest memories – seeing snow in Washington, DC during an innaugural celebration at some point when I was a child (my brother and I stayed back in Houston with our grandmother). She talked about it so often that I was an adult before I realized snow in DC is not a weekly winter occurrence. 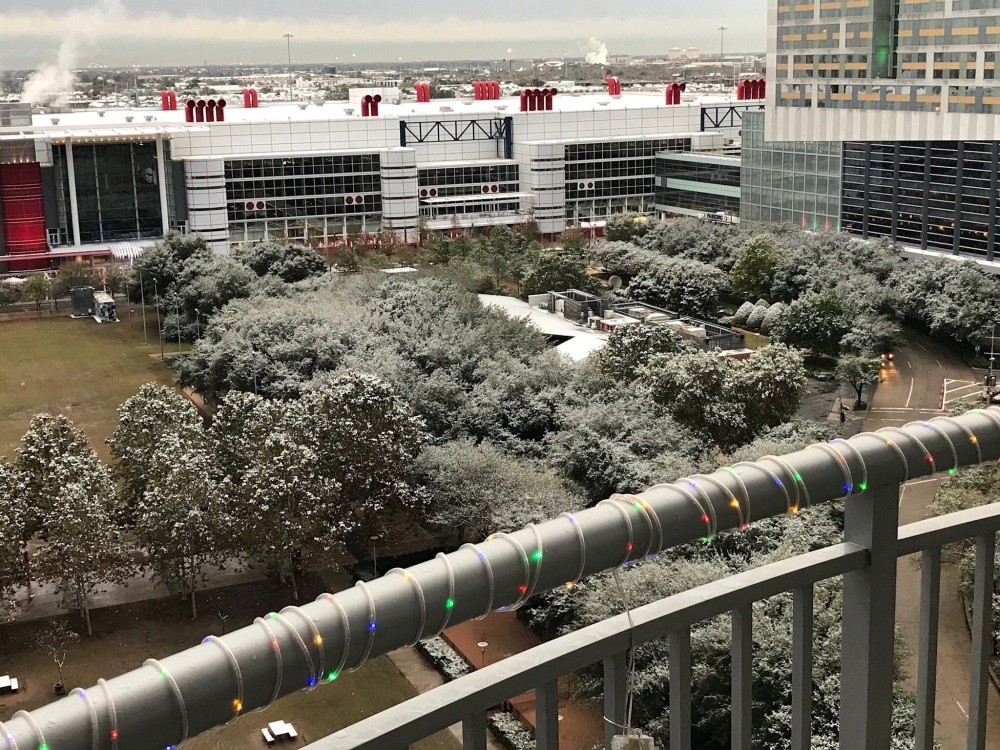 The last few months, we in Houston have experienced a myriad of weather from the torrential flooding of Harvey to snow in mid December (the earliest snow on record in the Houston area) to a blistery wintery mix that has left major freeways shut down and elected officials strongly urging us all to stay off the roads. It is wicked cold, but I know my mother would be reveling in it. I am fairly certain the sprinklers would be going!

If you enjoy my blog please like it and follow me at melindalittleblogs.com. Thanks and happy winter!