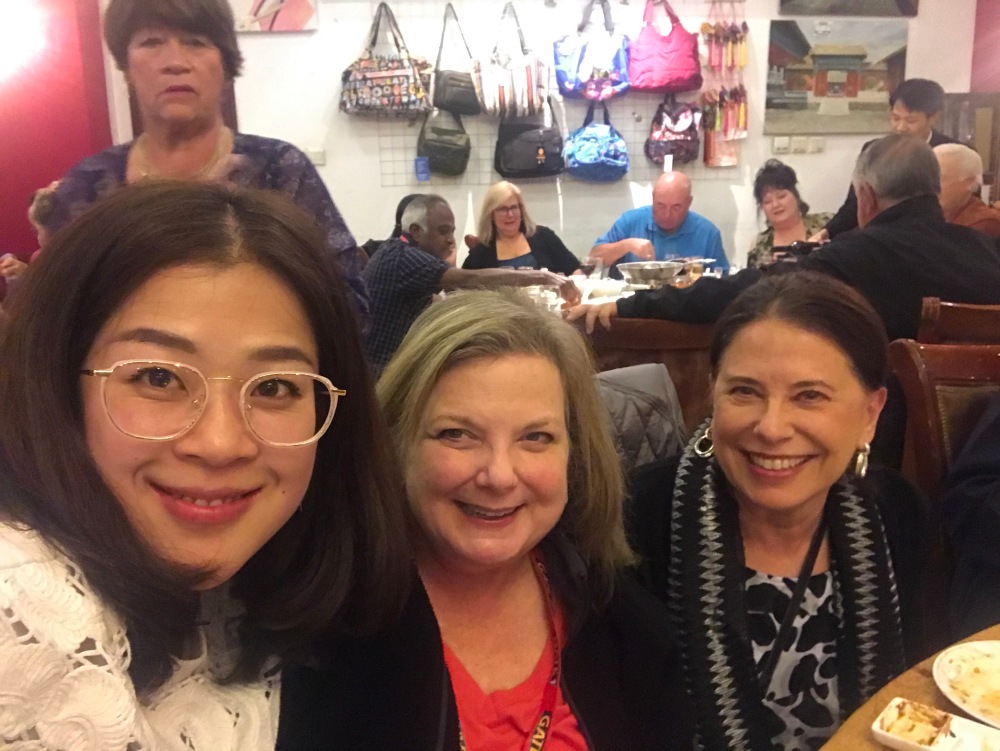 fabulous trip we had a farewell dinner with our Tour Manager, Ivy or her Chinese name, Sha Sha. What a special person she is, and what a special tour has been. Russell and I have always talked about coming to China to see the amazing sites like the Terra-cotta Warriors and the Great Wall of China, but we never expected to fall in love with China the way we have. Ivy is a big reason we did.

Traveling on a tour with up to 40 people you’ve 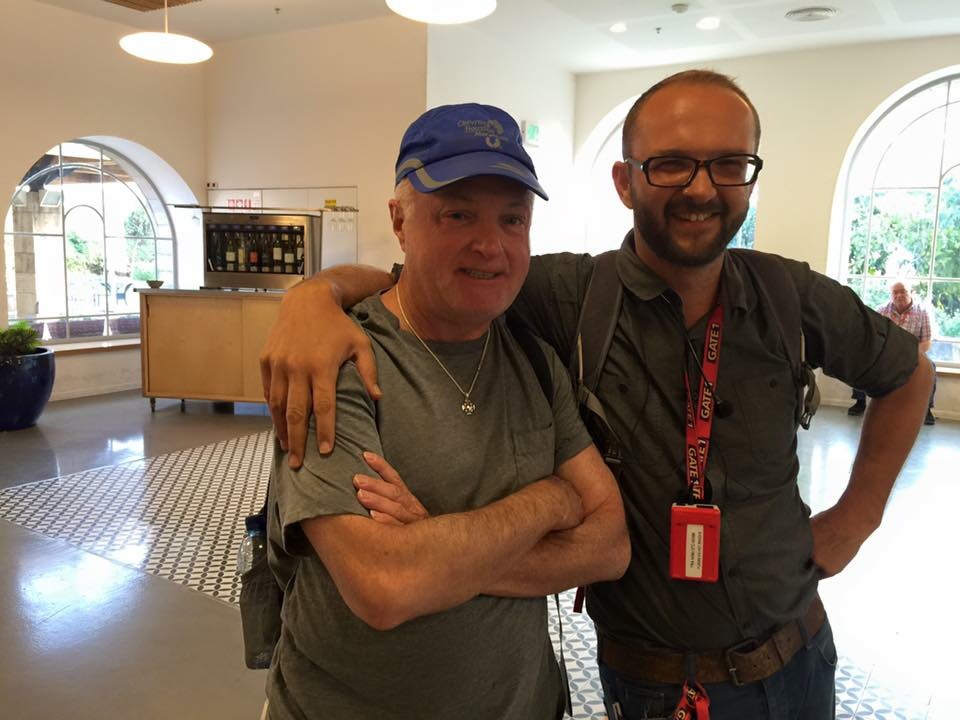 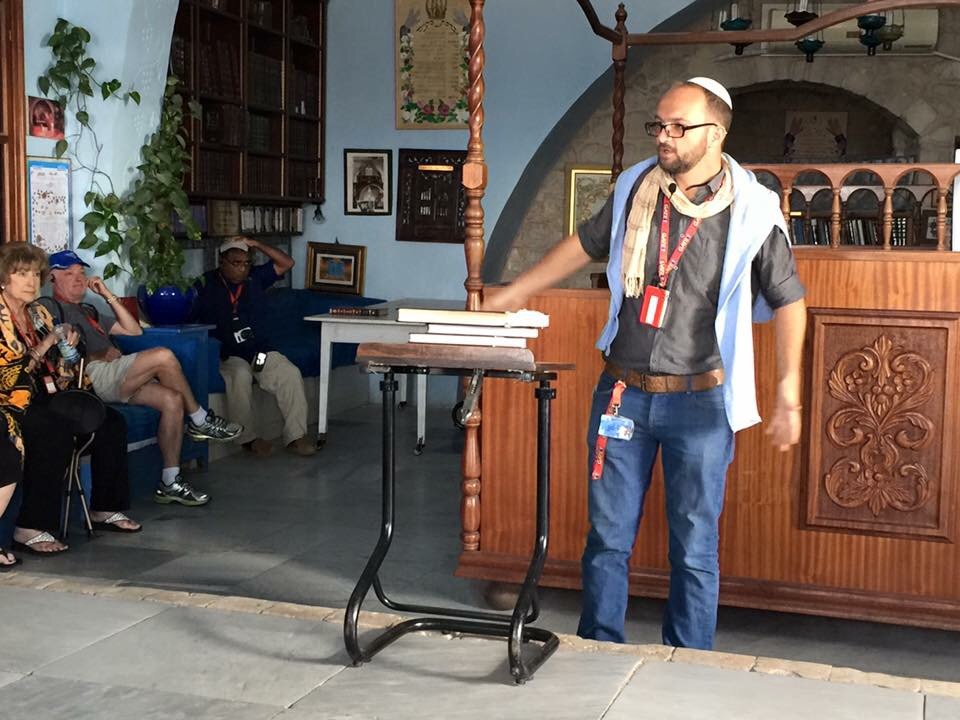 never met can be amazing or it can be hard. While traveling in Israel with a large group, our amazing guide Ilan was phenomenal as was our group. Ilan is pictured above. Our group clicked, and we still keep up with many of our fun companions on Facebook. On the other hand, we had a so, so experience on another tour last year when we were in Portugal. The group didn’t completely mesh, and our poor tour manager was spending so much time herding cats that most of us could tell she was stressed out and not having a great time. It was still fun, but we were ready to say goodbye.

Because of this Russell and I spent a lot of time before leaving discussing what we would do on the tour and what we might like to do separately. 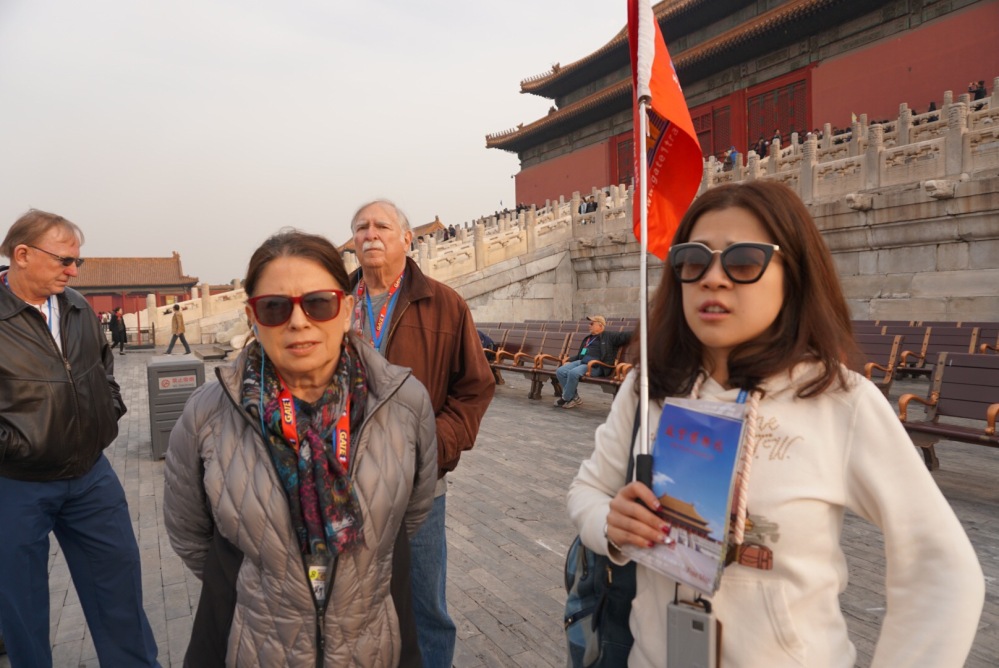 Turns out we needed have worried because we had another very special group of people with a wonderful tour manager who paid attention to every detail from wake up calls to our room temperature and food choices. She shared many stories with us about her home country and about herself and her life here.

Our trip has been amazing because of it. From Shanghai to Xi’an, 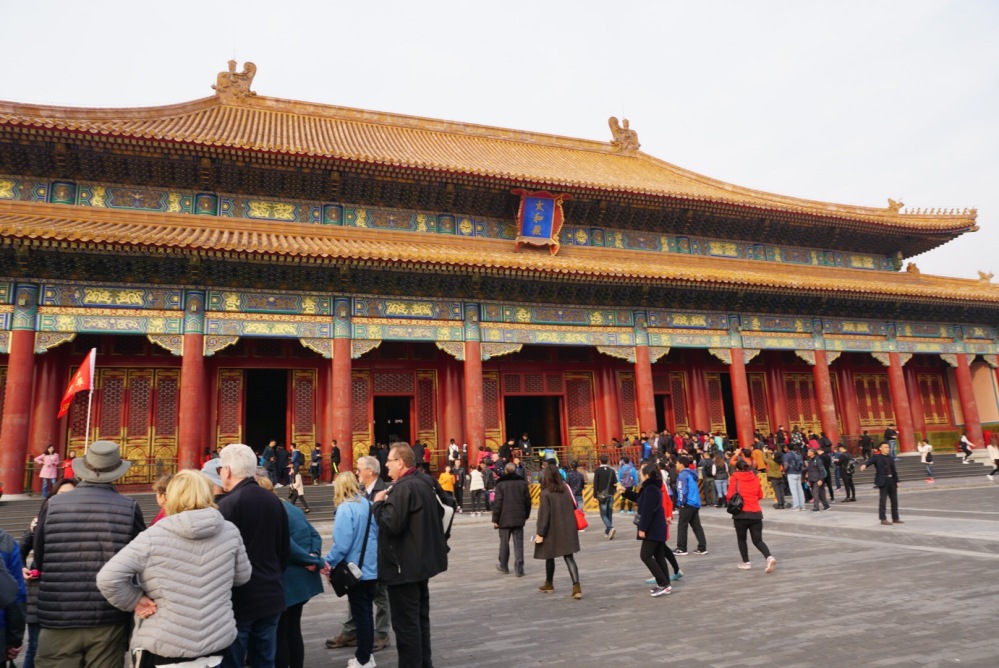 where Ivy is from, to Beijing and from the Terra Cotta Warriors to the Forbidden City to climbing the Great Wall, we have had a blast. We were told the section of the Great Wall we visited had two sides to climb – the “relaxing” side and the hard side. Yeah, we did the hard side, which was a dumb idea according to my knees, be we had a blast climbing up with 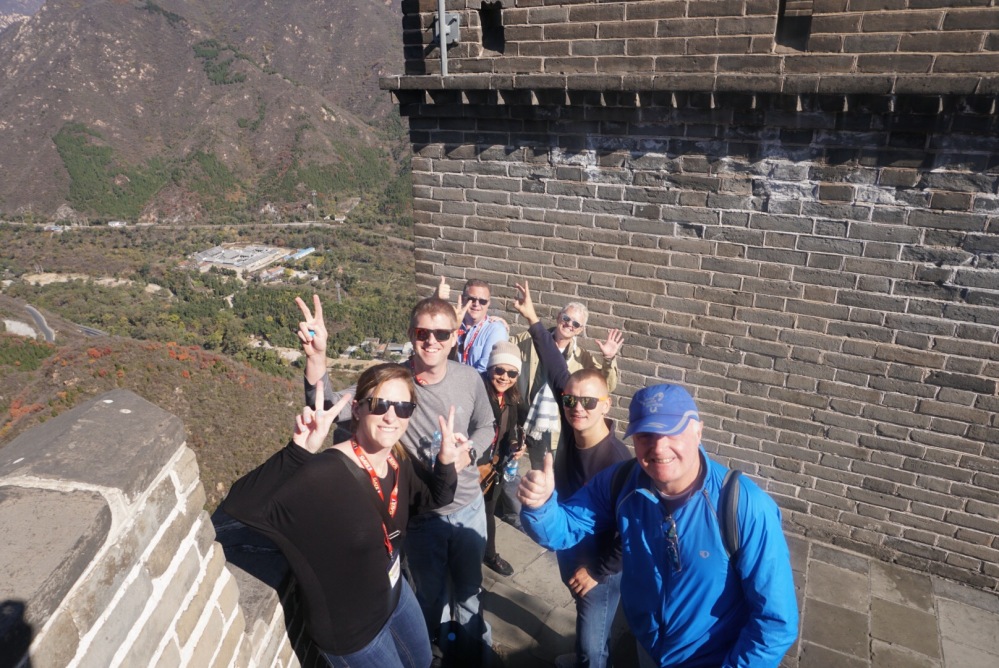 several of our new friends. I was amazed by the views and the vastness of the refurbished wall. We heard there was not much relaxing on the other side, but you could get a coffee cup with your picture on it!! 😂

At Xi’an Russell, Stephanie, Bruce and I walked along the south side of the the local city wall that 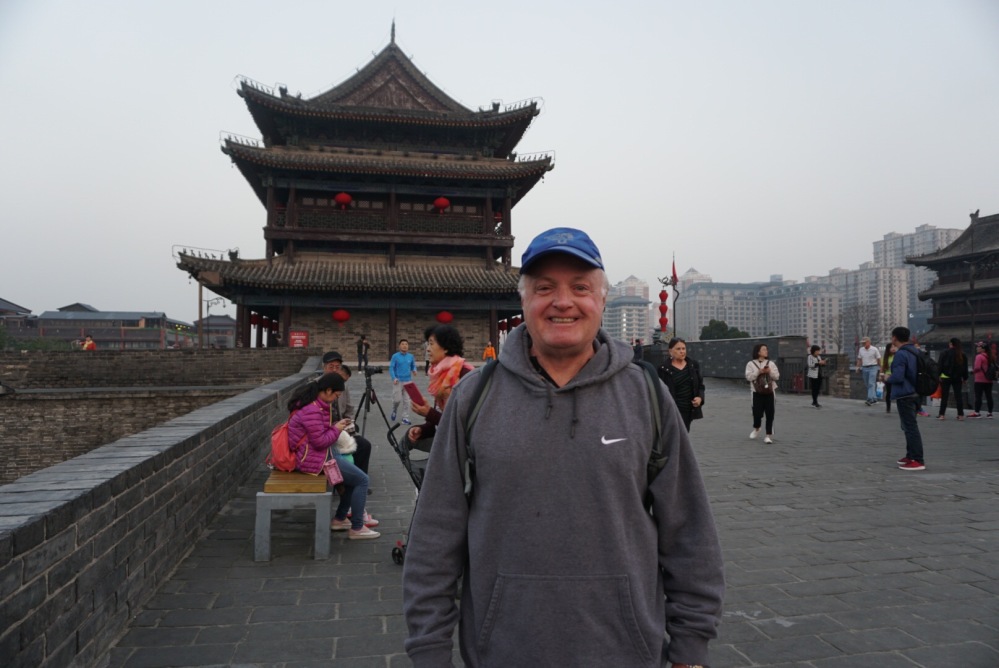 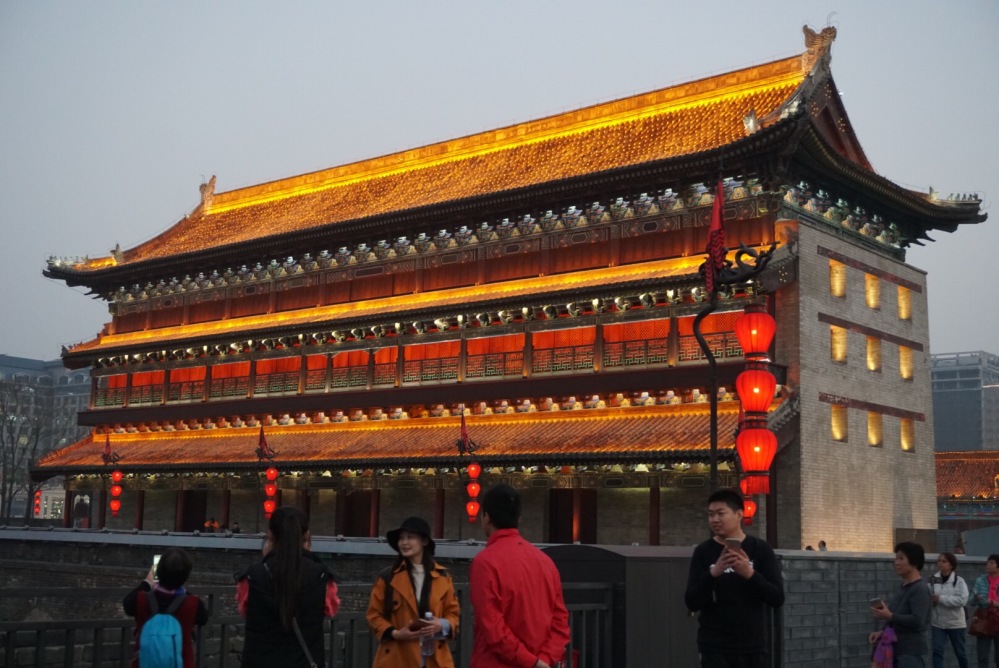 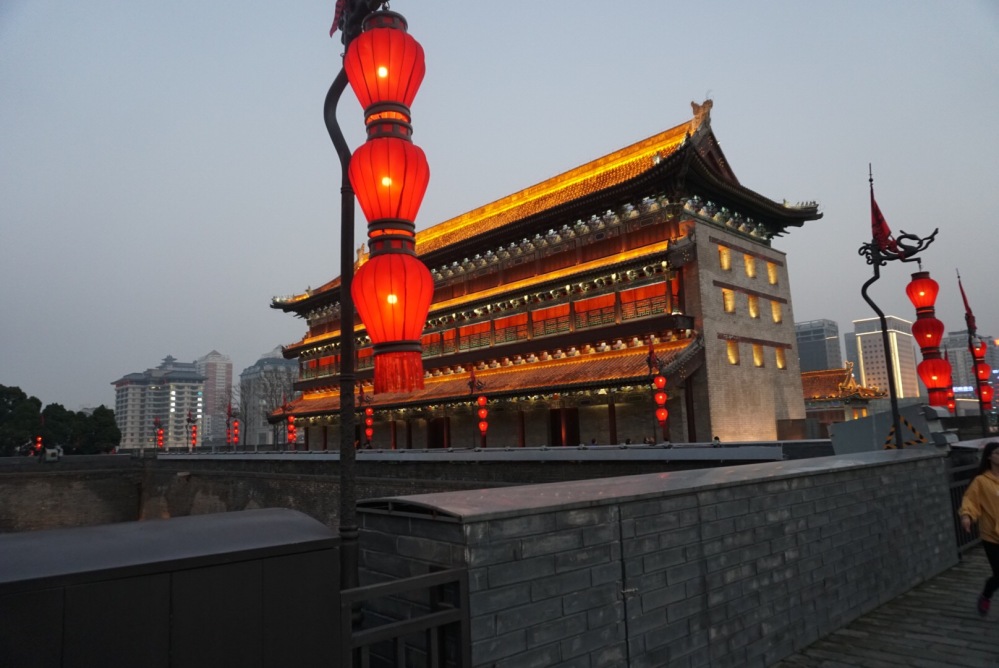 continues 8 miles in diameter around all of Xi’an. Ivy gave us perfect instructions to get there even though she was taking most of the group on an optional dinner. The south side is the most decorated section, and is surrounded by high end hotels and shopping. Absolutely gorgeous! Russell and Bruce decided to walk back to the hotel, while Stephanie and I chose to take the Metro back. The subway was so modern, but also packed. We have neve seen such a crowded station, but what do you expect from a small city of a mere 9 million? This is a small city compared to places like Beijing with 20 million. 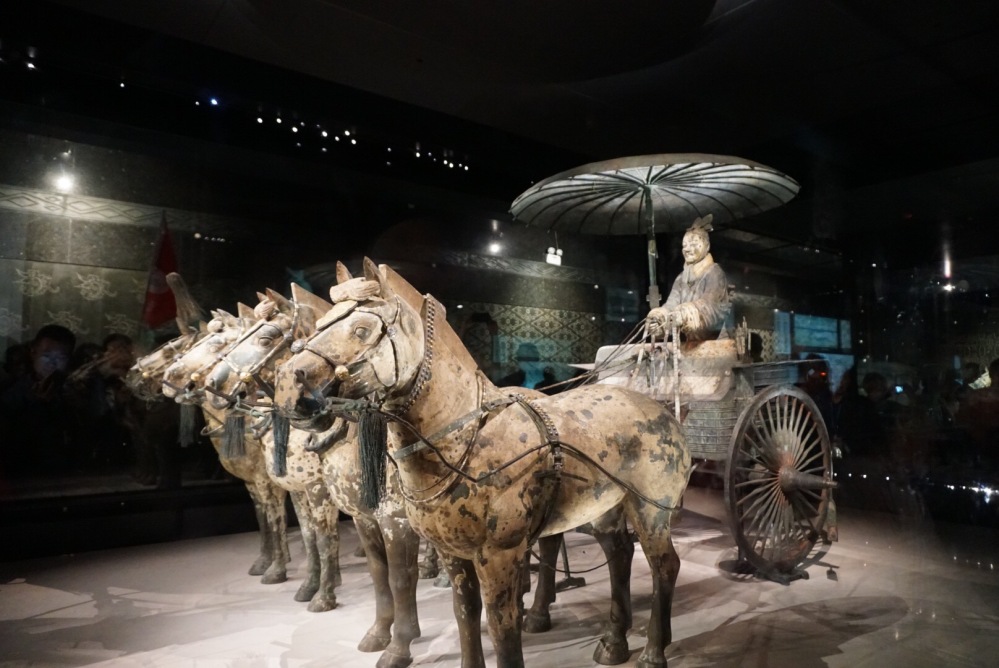 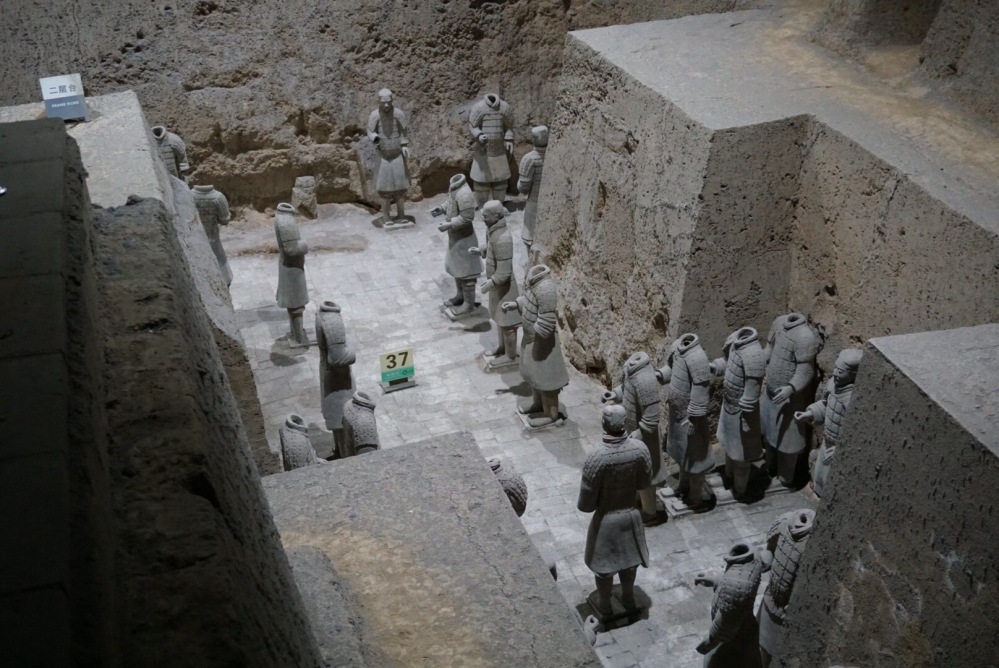 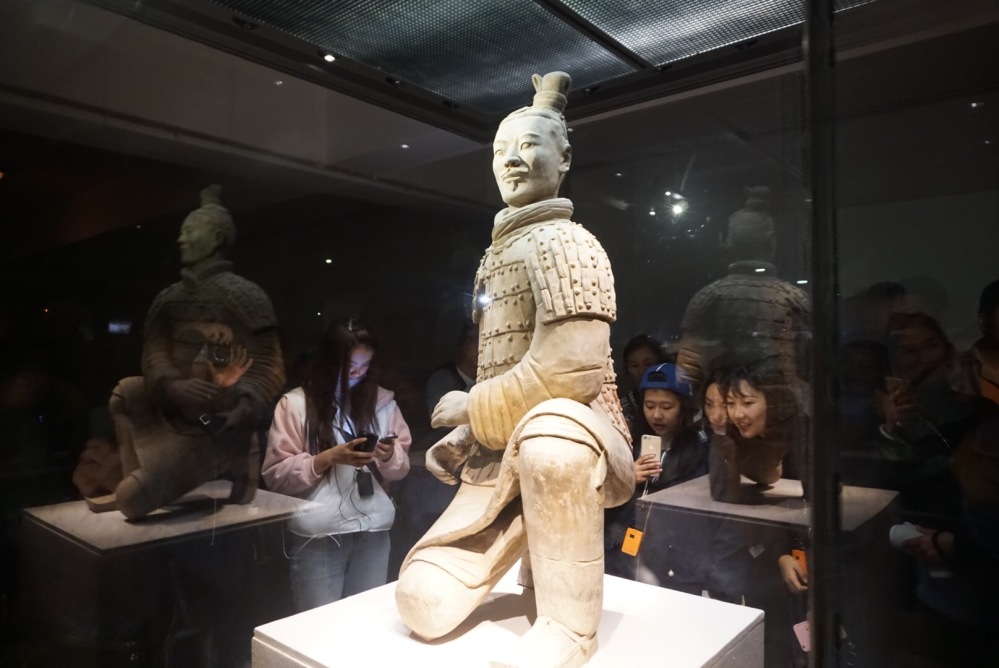 The highlight though was Terra-cotta Warriors. Often one is disappointed after hearing about something for years, but this did not disappoint. I was blown away.

I was also blown away by the amazing people we traveled with the last two weeks. They were so 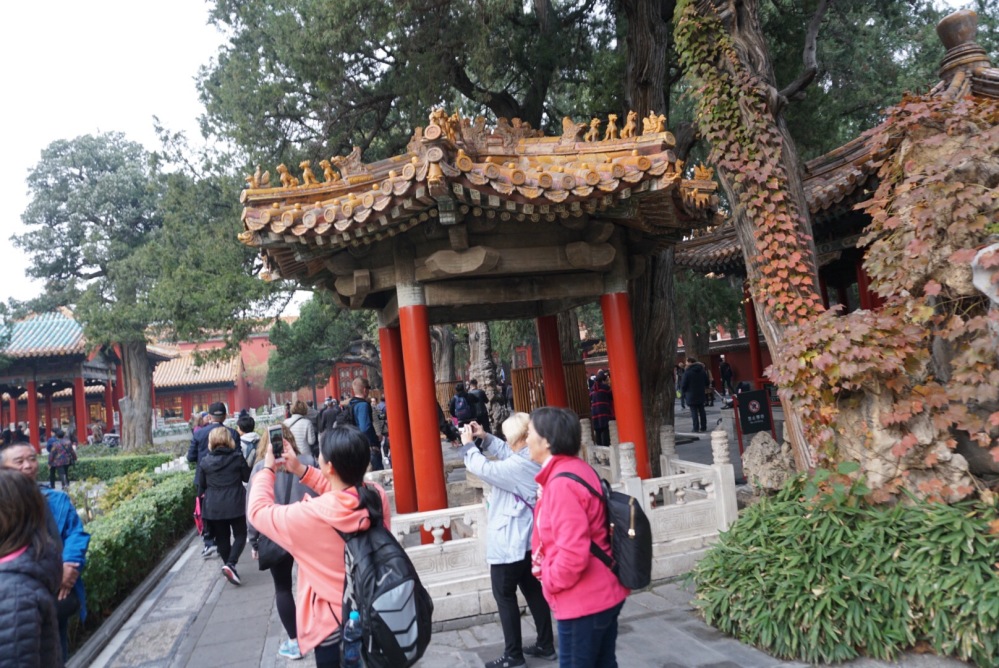 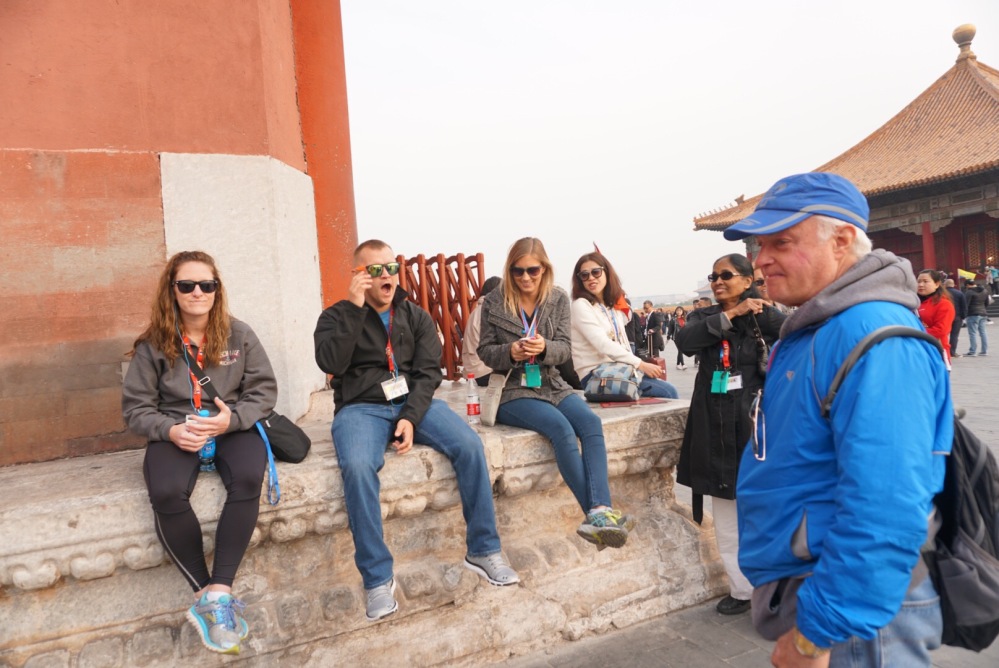 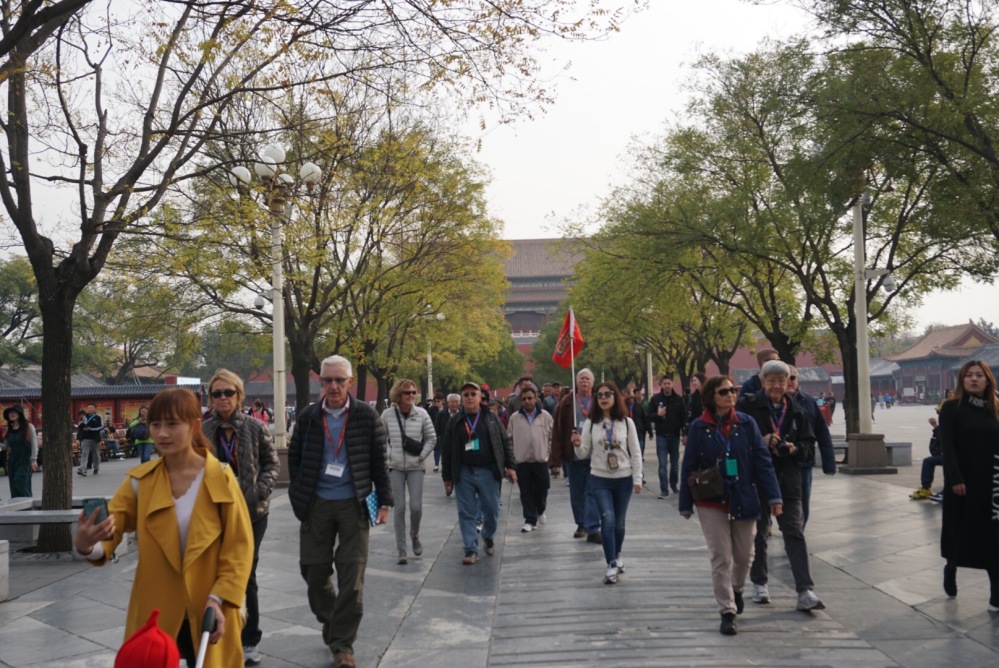 fun, so enjoyable to talk to, so easy to travel with and very warm and friendly.

And the crown of the trip was Ivy. She was an amazing ambassador for her lovely country. She introduced us to many things in China including Chinese firewater, basic Chinese and most importantly the warmth of her people and of the proud heritage of China’s history and culture. She has an amazing English vocabulary and people skills. Her leadership brought us all closer together, and made our vacation not only fun, but memorable. One our fellow travelers, Rita wrote words of a song to the tune of Hey Jude that we sang for her tonight honoring her hard work. So fun and ​
​​​Ivy was truly touched by the gesture. 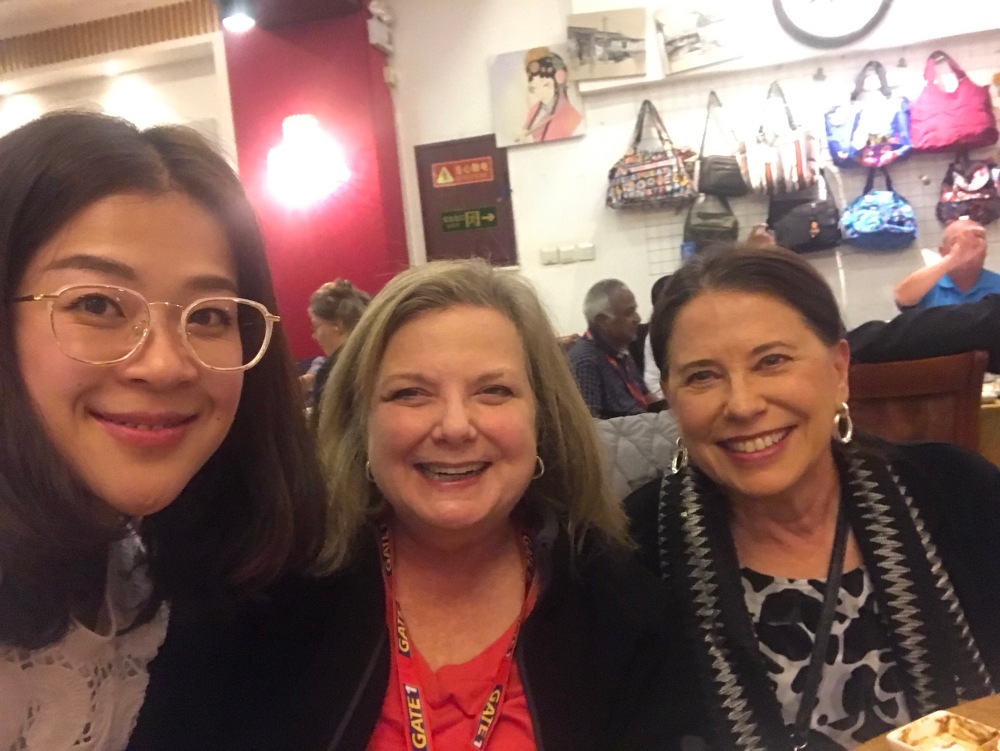 For those who will continue on to Hong Kong we are looking forward to the last few days before we say good bye. To those of you leaving tomorrow – it’s not good bye, but until we all meet again! And to Ivy from the bottom our hearts we thank you, and we know we will see you again! We are Ivy’s family and Ivy’s army. Wǒ ài nǐ 我爱你 #dingdinghao