I promise you this is not going to be an ongoing political blog, but in full disclosure I was a political operative working for state, local and federal candidates back in the 90’s and early 2000’s. I don’t know about you, but I am ready for the 2016 election cycle to be over.

When I was a political operative I was always exhausted from the draining work of campaigning by the time October rolled around.  Unlike a business project where deadlines can be extended to ensure you have all your ducks in a row, campaigns have a specific and non-extendable deadline called Election Day. It was relentless and stressful, but also tons of fun. But by October I was always ready for Election Day and for an opportunity to rest, recharge and reacquaint myself with my family.

I am not in the campaign business anymore, but I am still ready for the end of this cycle.

Elections by their very nature are a contest between people whose goals are to prove they have a better resume and temperament for the job for which they are running than their opponent. Negative campaigning likely has been around since the first person ran against someone else. There is nothing wrong with  a candidate talking about his or her opponent’s record and why that record makes the opponent less qualified than the candidate as part of their pitch to the voters. The problem is that these days I hear more about what is wrong with the opponent than what is right about the candidate.

We have become a nation who expects perfection. Perfection  not just from our leaders,

but from ourselves, our friends and even our children. Just watch TV. I recently binged watched the last season of Madame Secretary. I love this show especially when I can binge watch it. It is full of political intrigue and foreign affairs. It focuses on the life of fictional Secretary of State, Elizabeth McCord portrayed by Teo Leoni, an actress I have loved watching since I saw her in Family Man  with Nicolas Cage years ago. In Madame Secretary, Elizabeth McCord not only has it all, but so do her husband and her children. Each week the world is at the brink of destruction via an enemy foreign power and while that plays out over the sixty minute show, she is also able to share dinner with her family a lot of nights, give smart, advice to her almost perfect children and has the most loving and respectful relationship with her husband. I am not going to lie to you, if I faced the amount of daily stress at work this woman does I am 100% confidant I would not be able to breathe let alone be nice at home.

I do consider myself a recovering perfectionist. I still struggle with the need to perform

perfectly at work and at home. I was a stay at home mom until my daughter was 11 or 12. After beginning work full time I had to learn to let certain things go and accept that  we would all survive even if I did not iron all the school clothes, keep the mail and paper orgy under control or have the kitchen cleaned spotlessly before leaving for work. What was more important was that I was still able to spend quality time with my family and be effective at the office. I finally realized I was not ever going to be Martha Stewart, but as it turns out that was “a good thing.” The less I expected perfection from myself the less I expected it from my family.

These days we teach our children they can grow up to be anything from President of the United States to a star athlete to the CEO of a company. We live in America, the land of opportunity after all. Maybe they will grow up to be the best of the best, but probably not. I was guilty of propagating that lie to my children, but if we are honest with ourselves, our children can not be anything they want anymore than we can. We can’t have it all. There are only 24 hours in a day and we are limited by that and by our talents. I will never be able to be an engineer. I can barely balance my checkbook let alone use advanced math skills to design something. I am not advocating that opportunities be hindered by race, religion or gender, but we should be realistic with our children about what they can achieve and the costs of achievement without dampening their spirit.

There is a human resource test called Strengths Finder 2.0 developed by Tom Rath. The premise of the test is to help the test taker identify her strengths and then encourages her to focus on developing those and not worry about the things she does not have. Rath makes the case that if you have no natural ability in something and spend all your time working on those areas you might get better, but you will never be great at it, but if you spend your time working on those things that have natural talent you will get exponentially better. Rightly, he says too often we focus on the negative, on those things we are not good at instead of on the positive, those things we are. 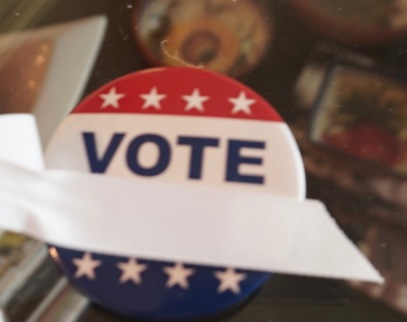 the negative, on those things which we can not change, remember the many positives this process brings out. Americans are so lucky because we get an opportunity to debate the candidates and the issues. We are lucky because we have a fair and safe election process that takes place without civil unrest or danger – even though at times it can be shrill and loud. Voting is our constitutional right as citizens, and I urge to do your homework and vote not only for president, but also for all the down ballot races, which actually effect your daily lives more than the office of President. Finally, remember that our elected leaders, our candidates and their staffs like us are fallible human beings and so are their supporters. Remember that even those who disagree with you, are Americans just like you and care deeply about this country. Remember that one of our country’s greatest strengths is our diversity of thought. There was extreme disagreement and diversity of thought even among our founding fathers. The division that existed between some of our greatest patriots like Alexander Hamilton and Thomas Jefferson created a dialogue, at times angry and shrill, but that dialogue among our early leaders actually made us better as country. So as we endure the final weeks of the election cycle remember to offer those who disagree with your choices the same grace you offer to those you love – then please go vote.