This year I bought a real camera. Not the newest version of the iPhone, but a real camera – one with a base and the ability to change lenses depending on the photographic circumstance. One that allows me to adjust the focus and light and shutter speed. It also also has a video function.  I love my Sony A-6300. I have had so much fun using it.

At the same time I was learning to use my camera, Russell was putting the

finishing touches on his first novel, Murder for Me and preparing for its publication. He launched a website (russelllittleauthor.com) and began blogging and publicizing his book. The antagonist in the book is named Marilyn and a model representing Marilyn is on the cover of the book. One of his favorite publicity tricks is to take pictures of  the book at various locations and posts pictures of it saying Marilyn is participating in various activities like shoe shopping. It has been a fun social media tool for him.

Somehow we had the idea that it might be fun to start vlogging too. For those who have not heard the term, it means to blog via video. It started after Russell created a YouTube channel. We decided we might be able to make his video posts more interesting if we put a little thought into it. Our first attempts only included him in the front of the camera and me behind directing, but eventually it became a full team effort where we both film and talk. We are total amateurs. We struggle with stabilizing shots, too much light, not enough light, bad transitions, and sounding intelligent, etc., but we are having fun and we are producing a product that is way better than your average home movie – at least in our opinion.

We shot a ton of footage on our vacation last month. I am still pulling together all the clips. I will post these short  movies as I get them finished on MelindaLittleBlogs.com and my other socials sites and all of Russell’s so there will be many ways to access them.

We call our travel videos “A Little Journey”. Attached is our latest, A Little Journey – Morocc0, made about Tangier. We spent less than 24 hours here, but as you will see 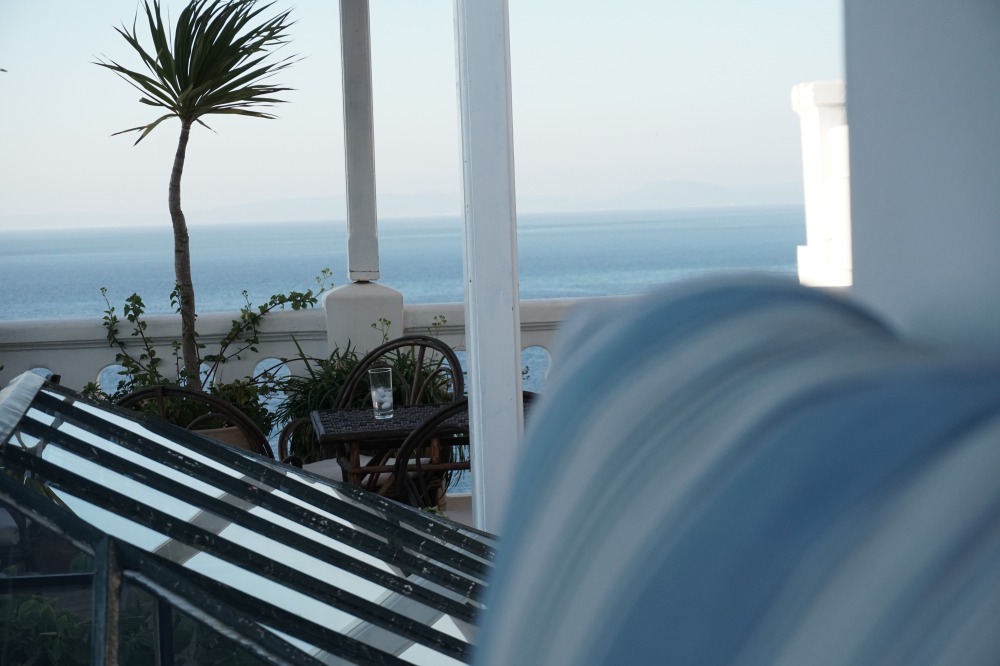 we loved it. Besides breathtaking scenery, the small boutique hotel we stayed in was our absolute, hands down favorite for the entire vacation and one of our favorites of all time. La Tangerina, a bed in breakfast, was recommended to us, and it also has great reviews on Trip Advisor. It is a small house near the Kasbah that has been lovingly restored to perfection. It overlooks the ocean with the best views from the rooftop patio. The couple who own the hotel are delightful. The atmosphere they’ve created made us feel like we stepped back in time. I kept waiting for Humphrey Bogart  or Ingrid Bergman to walk in.

Each room is decorated beautifully and uniquely. The common item in each room both public and private through out the hotel are the old fashioned 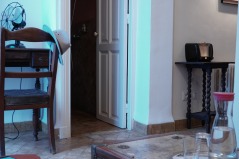 radios that are playing music from the 40’s. It was a lovely detail and showed  how much thought the couple put towards making their guests feel special and comfortable. We dined on the roof top that evening and were served a spectacular meal of beef and prunes – a speciality in Tangier.  Although we had to leave early the next morning to drive to Granada, we were served a candlelight breakfast that was out of this world. It was lovely as you will see in the video.

If you are ever in Tangier we highly recommend La Tangerina and recommend Tangier as a fun, romantic overnight stop while traveling along the southern coast of Spain. The bonus of leaving early – the sunrise in Morocco was amazing! 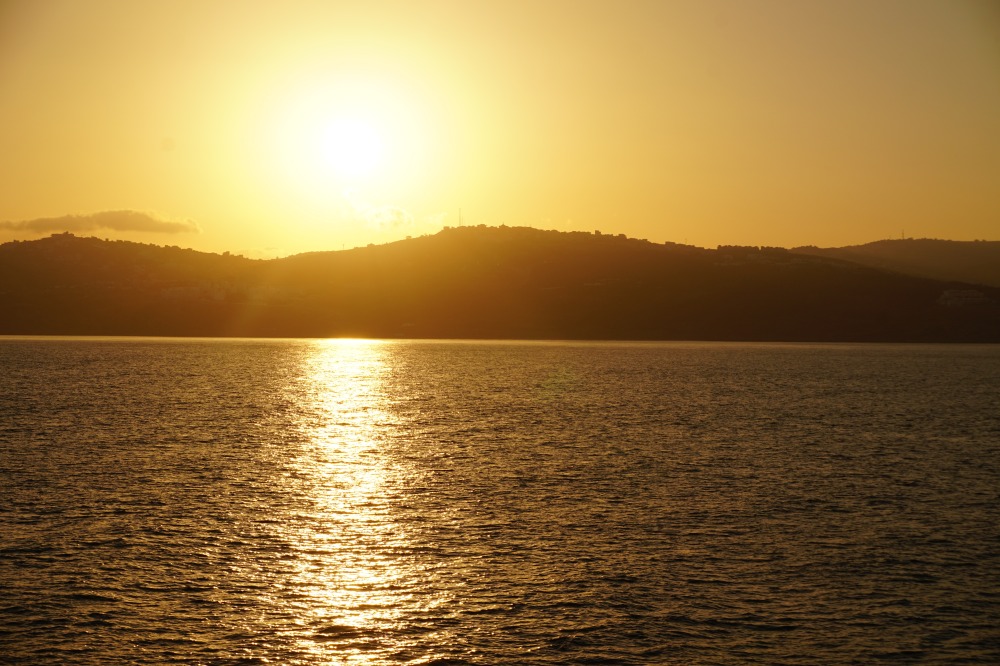